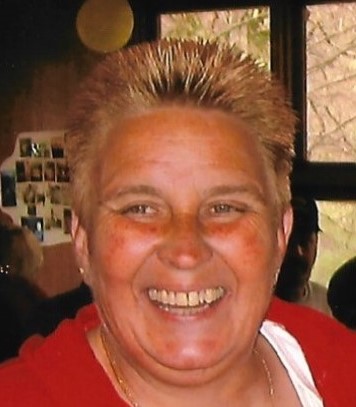 Diane R. Klawuhn , 68, of 7999 Laurel Mill Road, Ridway, died on Tuesday, May 25, 2021 at Penn Highlands Dubois following a battle with COPD.
She was born on November 8, 1952, in Ridgway, a daughter of the late Jackson and Kathryn Meredith Frantz.
Diane was a graduate of the Ridway Area High School, class of 1970 and a 1986 graduate of Jeff Tech with a degree in Automotive Technology.
For many years, Diane enjoyed working for Larry and Maureen Buehler and especially enjoyed the friendships she shared with them and their daughter, Brandy.
Diane greatly enjoyed riding motorcycles and fixing cars. She also enjoyed going camping and landscaping.  Diane was a member of the Trinity United Methodist Church and attended The Church Gathering in Ridgway.
She is survived by one daughter; Sherrie Viglione and her husband Tony of Ridgway and by one son; Chad Klawuhn and his wife Amanda of Johnsonburg. She also survived by seven grandchildren, Carissa (Mike) Cappiello, Jacob (Alanna Schiafone) Klawuhn, Caitlin (Drew) Baumgratz, Jayce (Karli) Viglione, Alexis (Phil Scida) Carnovale, and Brennen and Lucy Klawuhn, and by four great grandchildren, Addilyn, Brinley, Zoey and Giani.  She is also survived by a sister; Jean (Dudley) Karpinski of Ridgway, niece and nephews, Tammy, Bryan, and Brandon (Geneva), and by great niece and nephews, Jocelyn, Jack and Everett, as well as by many close friends; including her longtime friend and neighbor, Nancy Klawuhn.
A Memorial Service and Celebration of Life for Diane R. Klawuhn will be held on Tuesday, June 1, 2021 at 11:00 AM at the Krise Funeral Home.  Family and Friends will be received from 10:00 AM until the time of the service.
Burial will follow in Oakmont Cemetery.
Memorial Contributions may be made to the Ridgway Ambulance Corporation.
Krise Funeral Home and Cremation Services, 130 Center Street, Ridway, PA  15853 is handling the arrangements and online condolences may be made to the family at www.krisefuneralhome.com

To order memorial trees or send flowers to the family in memory of Diane Klawuhn, please visit our flower store.