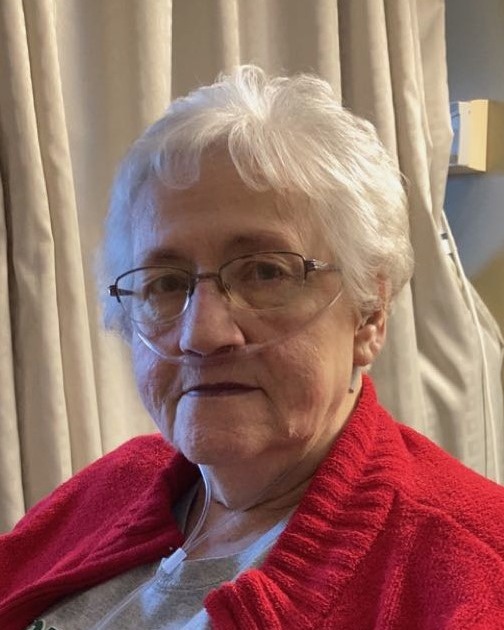 She was born on November 19, 1952, in Erie, a daughter of the late Howard and Margaret Cooney Waldo.

On September 17, 1976, she married the late Charles L. Anderson, who preceded her in death on August 30, 2018.  Together they shared more than 42 years of love, laughter, and marriage.

Jacqueline lived in Ridgway for more than 40 years and was a graduate of Strong Vincent High School in Erie. She was a member of Bethlehem Lutheran Church and worked at Ridgmont for many years. Jacqueline spent her time baking, cooking, and raising her pets. She had a special love for her friends and family, especially her loving husband of more than 42 years.

In addition to her husband and parents, she was preceded in death by 5 brothers: Marvin, Richard, Ronald, Gary, and Thomas Waldo.

A Memorial Service for Jacqueline M. Anderson will be celebrated on Tuesday, November 29, 2022, at 11:00 AM at Krise Funeral Home, 130 Center Street, Ridgway with Rev. Erik Hart, Pastor of the Bethlehem Lutheran Church, as celebrant.

Family and friends will be received on Tuesday, November 29, 2022 at Krise Funeral Home from 10:00 AM until the time of service.

Memorial contributions can be made to the Ridgway Ambulance, 301 N. Broad St., Ridgway, PA 15853.

Krise Funeral Homes and Cremation Services, 130 Center Street, Ridgway, PA, is handling the arrangements and online condolences may be offered to the family at www.krisefuneralhome.com

To order memorial trees or send flowers to the family in memory of Jacqueline M. Anderson, please visit our flower store.