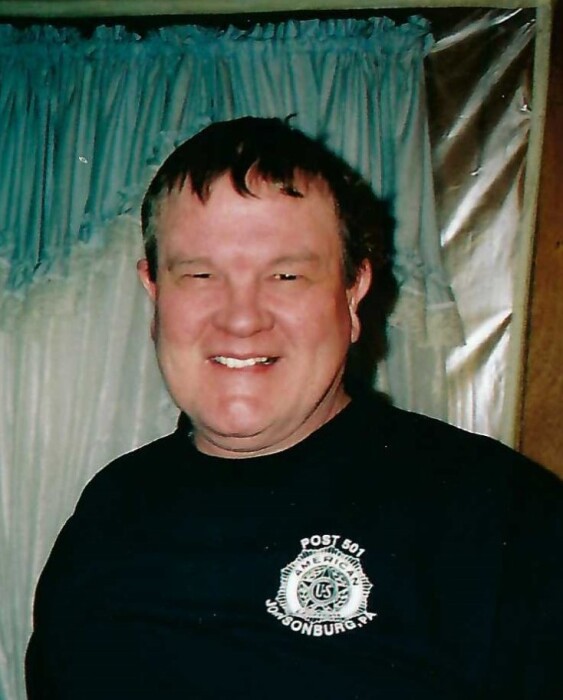 He was born in Ridgway on February 9, 1957, a son of the late Forest and Maebelle Murvine Crotzer.

John was a graduate of Johnsonburg High School and a veteran of the U.S. Army.  He retired from Eastern Sintered Alloys and was a member of the Johnsonburg Piedmont Club and Legion.  He was an avid Pittsburgh fan, and enjoyed watching the Steelers and Pirates. He was dearly loved by his family and will be greatly missed.

He is survived by a daughter; Jessica Soutiere and her husband Jean and by a son; John Crotzer, both of Virginia Beach, VA, as well as by two granddaughters; Emma and Anna Soutiere.  He is also survived by two sisters; Dorothy (Walter) Beck of Kersey and Sandy (Harold) Mertz of St. Marys, and by one brother; Thomas Crotzer of St. Marys, as well as by several nieces and nephews.

In addition to his parents, he was preceded in death by two brothers; James and Edward Crotzer, and by two sisters; Janet Lyons and Carol Grunthaner.

Funeral and Committal Services for John P. Crotzer are being held privately and at the convenience of the family.

Memorial Contributions, if desired, may be made to a charity of choice.

To order memorial trees or send flowers to the family in memory of John P. Crotzer, please visit our flower store.