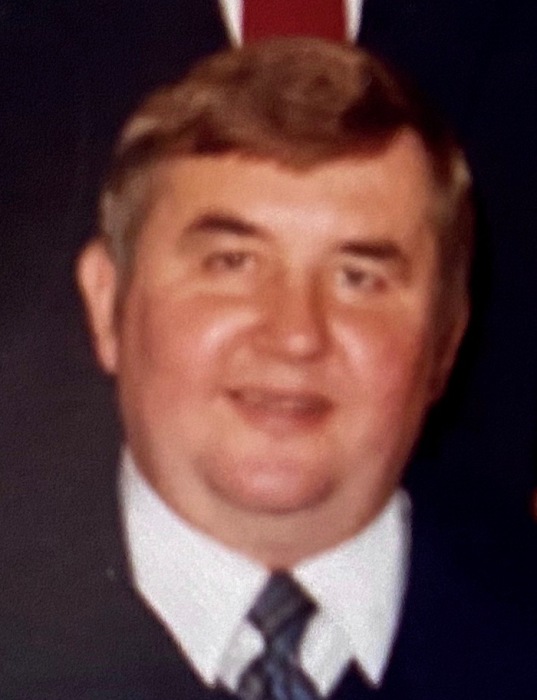 He was born on October 24, 1939, in Johnsonburg, a son of the late Kenneth and Margaret Sekelski Riley.

On November 26, 1960 in St Anne’s Church in Wilcox, he married Frances Gorlowski.  Together they shared nearly 60 years of marriage.

Ken was lifelong resident of the area and a graduate of Johnsonburg High School.  He attended Holy Rosary as well as St. Leo’s Church.  He retired from Keystone Carbon Company after many years of service and was also the manager of bar at the Royal Inn Motel for a number of years.  He was a member of the Kane Eagles and enjoyed hunting. An avid Notre Dame, Yankee, and Packers fan, Ken could often be found watching the games and collecting memorabilia.  He will be remembered for the care he took of the Riley Farm, where the grass was always mowed perfectly and looked pristine.

In addition to his wife of nearly 60 years, Frances Gorlowski Riley, he is survived by 4 children; Wendy Delong of Maine, Sandy Pistner of St. Marys, Mark Riley and his wife Maria of Johnsonburg, Scott Riley of Maine as well as by nine grandchildren and two great grandchildren. He is also survived by one sister; Judith Kneidel of Ohio.

In addition to his to parents, he was preceded in death by a grandson, Christopher Riley.

A public Memorial Service is being scheduled and will be announced at a later date.

Interment will be in St. Leo’s Cemetery.

Memorial Contributions can be made to the Penn Highlands Elk hospice team. https://www.phhealthcare.org/donate/donate-to-penn-highlands-elk

Krise Funeral Home and Cremation Services, 130 Center St, Ridgway, Pa is handling the arrangements and online condolences may be made to the family at www.krisefuneralhome.com

To order memorial trees or send flowers to the family in memory of Kenneth E Riley, please visit our flower store.