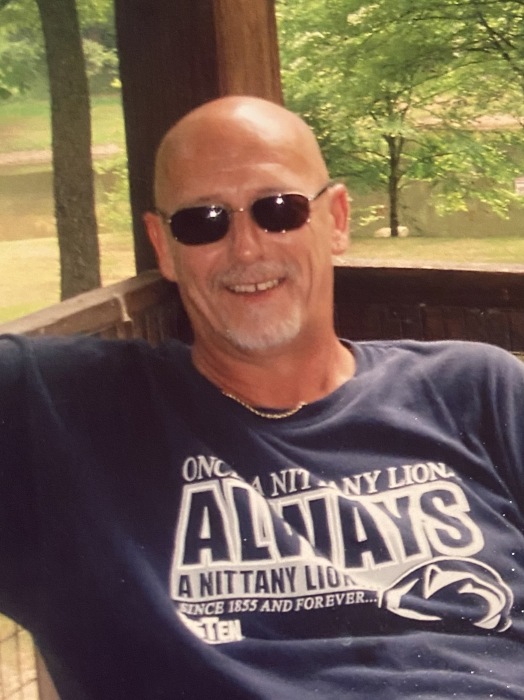 Kent C. Brunner, age 64, of Ridgway, PA passed away peacefully on Monday, December 14, 2020 at the Pittsburgh VA Hospital surrounded by his family.

Kent was born on November 11, 1956, a son of Zora Wriggle Brunner, of Ridgway and the late Herbert Brunner.

Along with his mother, Kent is survived by four brothers; Brad (Sherry) Brunner, Michael (Paula) Brunner, Wayne Brunner, David (Charlotte) Brunner and by two sisters; Jo Ellen Bender and Rena Lopez, and by many nieces, nephews, extended family and friends.

Besides his father, he was preceded in death by his brother-in-law; Roger Lopez.

Kent served in the United States Air Force from 1982 – 1986.  Kent worked in the printing business for several years, most recently at the Dubois Courier Express, before retiring from the Elk County Department of Children and Youth in Ridgway. He has spent the last several years caring for his mother in their home.

Kent was an avid sports fan.  He was PENN STATE!  He was also a diehard fan of the Dallas Cowboys and the Pittsburgh Pirates.

Funeral Services for Kent C. Brunner will be held at 3:00 PM on Friday, December 18, 2020 at the Krise Funeral Home with his brother, Rev. Brad Brunner, officiating.

Military Honors will be accorded by the Ridgway Servicemen’s Burial Detail.

Burial will be in Fairview Cemetery.

Krise Funeral Home and Cremation Services, 130 Center Street, Ridgway, Pa 15853, is entrusted with the arrangements and online condolences may be offered to the family at www.krisefuneralhome.com

To order memorial trees or send flowers to the family in memory of Kent C. Brunner, please visit our flower store.