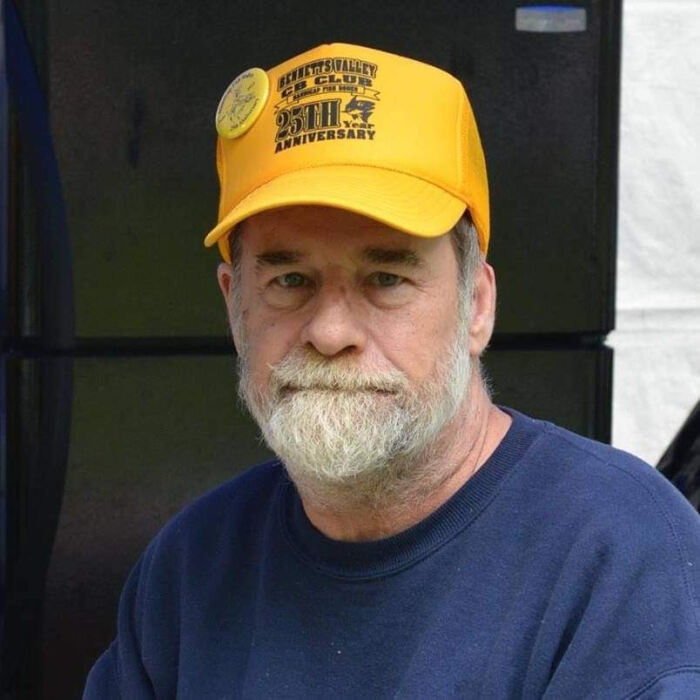 He was born on April 4, 1951, in Philadelphia, a son of the late Joseph and Doris Baird Enyedy.

On December 20, 1971, in Elkton, MD, he married Joann Stevens Enyedy, who survives of Ridgway.

Mark was a longtime resident of Ridgway and served in the U.S. Navy during the Vietnam War. He was employed by the Ridgway Record for many years working on commercial prints, and later retiring from Intech Metals.

Always laughing and trying to be a comedian, Mark had an open heart for his children and grandchildren. He enjoyed motorcycles, collecting music, and comedy.

For more than 30 years, Mark was very active in the Handicap Fishing Rodeo. When the day of fishing was over, he was already back to working on next year’s event.  Despite his well-known dislike of eating fish, Mark still loved to go fishing.

In addition to his wife, he is survived by four daughters; Susan Riggle and her husband Philip of Moon Twp, Sarah Peduzzi and her husband Peter of Moon Twp, Staci Enyedy and her Fiancé Tom Goodreau of St. Marys, and Shannon Enyedy of Ridgway, by 9 grandchildren; Emily Grace, Isabel, Ariel, Ethan, Allison, Irelyn, Annaliese, Mackenzi, and Maddox. He is also survived by 3 brothers; Joe Enyedy , Kevin Enyedy and his wife Kelly,  and Drew Enyedy, and by 2 sisters; Ginny Schmidt and Doris Enyedy.

In addition to his parents, he is preceded in death by a brother; Edward Enyedy and by a sister-in-law; Diane Enyedy.

Funeral services for Mark E. Enyedy will be held on Monday, August 17, 2020, at 1:00 PM at the Krise Funeral Home with Rev. Ross Miceli, officiating.

Military Honors will be accorded by Ridgway Servicemen’s Burial Detail.

Friends and family with be received at the Krise Funeral Home from 12:00 PM until the time of service.

In lieu of flowers, Memorial Contributions may be made to HandiCap Fish Rodeo C/o Joann Enyedy, 538 Rock Street Ridgway, Pa 15853

To order memorial trees or send flowers to the family in memory of Mark E. Enyedy, please visit our flower store.