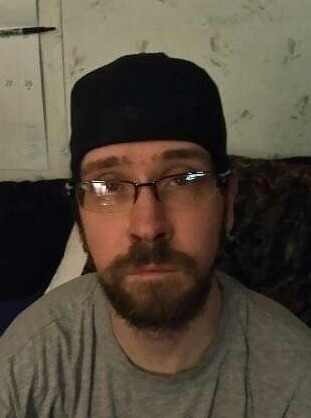 He was born on February 12, 1983, in DuBois, a son of Michael Tennant and Donna Frase Geiser.

Mark was a lifelong resident of the area and graduated from Ridgway High School.  Over the years, he had been employed by Tory Tool and Die.  Mark loved his guinea pig, Oreo, and riding on the Rails to Trails.  An avid Steelers and Yankees fan, Mark also enjoyed sitting by the fire and spending time with his wife.  He had a great love of cars, and always enjoyed Nascar as well.  He was active with the Ridgway Fire Police for many years.

In addition to his wife of nearly 15 years, Hannah Plyler Tennant, and his parents; Michael (Kim) Tennant and Donna (Scott) Geiser, he is survived by three siblings; Ben Oknefski of California, Ryan Tennant of Williamsport and Alyssa Vitale of Williamsport. He is also survived by paternal grandparents Glenn and Shirley Tennant of Waynesboro, his in-laws; Paul and Barb Plyler of Ridgway; and a brother-in-law; Michael (Carrie) Plyler of St. Marys.  He is additionally survived by several nieces and nephews, including a special nephew; Jordan Plyler, by his godson; Paul Benson, and by many aunts, uncles, cousins and special friends.

He was preceded in death by his maternal grandparents.

Family and friends will be received from 10:00 AM until the time of the service.

Memorial Contributions may be made to Rails to Trails.

To order memorial trees or send flowers to the family in memory of Mark A. Tennant, please visit our flower store.