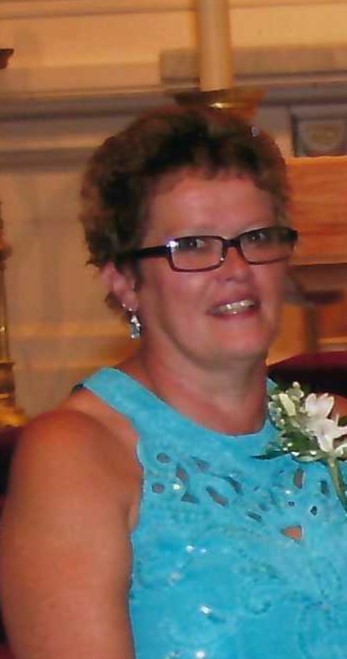 Marlene (Barr) Lenze, 67, left the world on November 6, 2020, to go to heaven where she will play cards with those who have gone before her and drink an unlimited supply of Pepsi. Marlene was a kind-hearted woman, a loving mother and companion who spoiled her grandchildren without complaint. She was known to be sweet with a side of zest.

She was born on March 7, 1953, in Ridgway, a daughter of the late Maurice and Mary (Krise) Barr. As a middle child of six kids, she was blessed with the brains to cook up schemes that got her siblings in trouble while she was able to walk away unscathed. She has many lifelong friends and tons of cousins who love to share her stories.

She grew up (but not much, as she was barely 5 feet tall), into a beautiful young woman who married and later divorced David Lenze. Their greatest accomplishment (and the cause of all their gray hair) was their three boys Stephen, Keith and Nathan and their princess Rebecca (do not call her Becky!). Its safe to say that the friends of her children thought of her as another mother. Her house was always open and welcome to everyone. Later in life, she fell in love with her longtime companion, Bill Bowers, and they were devoted to each other.

Marlene spent her free time with friends bowling, playing BINGO, playing cards, and having a great time. She was a amazing cook, who made the worlds best meatballs and sauce. She was a lover of shoes and always had her nails done. Marlene was known as the life of the party and quick with a retort that was guaranteed to make everyone laugh.

In addition to her parents, she was preceded in death by a sister, Elaine Barr, and a granddaughter Marlana.

The cancer that eventually took her life gave us four more years with Marlene to love her up, make more memories, and gave her time with her grandchildren. As much as cancer is an awful disease, it provided us with the opportunity to say goodbye and never took her spirit. She was cracking jokes till the very end and will be incredibly missed by all who knew her.

Friends and family with be received at the Krise Funeral Home from 12:00 PM until the time of service.

In lieu of flowers, Memorial Contributions may be made to Penn Highlands Community Nurses.

Funeral arrangements are under the care of the Krise a Funeral Home and online condolences may be made to the family at www.krisefuneralhome.com

To order memorial trees or send flowers to the family in memory of Marlene Lenze, please visit our flower store.