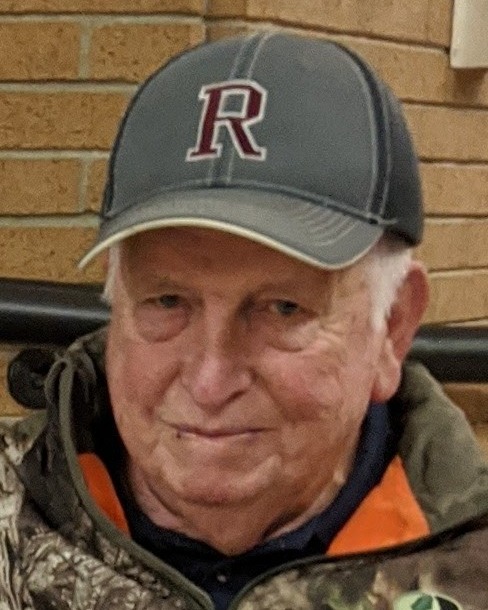 On November 14, 1964, at Faith United Church, he married Marlene Dias , who survives.

Dick was a lifelong resident of Ridgway and a member of Faith United Church. He was also member of Laurel Rod and Gun club, Elk County County Club, Fox Twp Sportsman, and Ridgway Moose. Dick enjoyed hunting, golfing, woodworking, and shooting trap and skeet. He was a avid Pirates fan and a even bigger Ridgway Elkers fan. He loved his family and enjoyed going to all their sporting events.  Dick found great joy in caning peppers and giving them to his friends and family.

In addition to his wife of 58 years, he is survived by 3 children; Debra Santora and her husband Mark of N.J, Michael Delhunty and his wife Debbie of Ridgway, and Marcy Anderson and her husband Russ of Kersey, , 7 grandchildren; Daniel, Justin, Cody, Jesse, Payton, Luke, and Ryan, and 2 great-grandchildren; Logan and Landon, a sister; Mona Scott of Stow, OH, a brother, J. Samuel Delhunty of Ridgway, and numerous nieces and nephews. He also leaves behind his beloved dog, Ivory.

In addition to his parents, he was preceded in death by 3 sisters; Mary Brattis, Kathryn Capuano, and Doris Kelly, 3 brothers; Frank Lyle, Jack and Wayne Delhunty.

A Celebration of Life for Richard E. Delhunty will be celebrated on Saturday, January 7, 2023, at 1:00 PM at Krise Funeral Home, 130 Center Street, Ridgway, PA 15853, with Pastor Stephen Fair as celebrant.

Family and friends will be received on Saturday, January 7, 2023, at the Krise Funeral Home from 11:00AM until the time of Service.

Memorial contributions can be made to the donors choice.

To order memorial trees or send flowers to the family in memory of Richard E. "Dick" Delhunty, please visit our flower store.