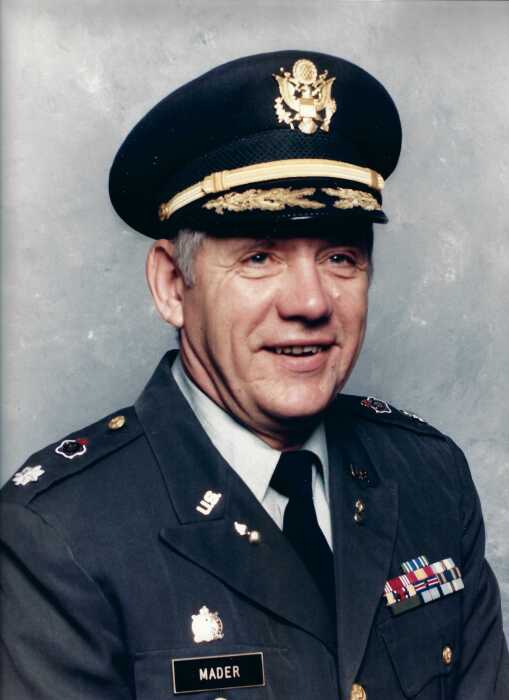 Robert was a lifelong resident of Ridgway and member of the Bethlehem Lutheran Church.  A graduate of Ridgway High School, class of 1958, and a proud player of the Elkers football team. Robert was a member of the American Legion, Ridgway Fire Department, NRA, and Ridgway Rifle Club for many years. He retired from Alltel Phone Company after 35 years of service. Robert spent his time building spectacular military models, watching Penn State, and old western shows. Robert always took pleasure in planning Class reunions and keeping in touch with his classmates all over the years.

One thing that Robert was very fond of was his 33 years in the Army National Guard. Joining in 1961, attaining many skills and training. In 1968 he was promoted to Captain at Ridgway as Company Commander until 1980. During his time in the service, he was involved in NATO exercises in Turkey, twice in Korea, Germany and desert training, Ft. Irwin, CA. After his extensive military career, he retired as a Lieutenant Colonel in 1994.

He is survived by 2 daughters, Beth and her husband Bill Wasko of MD, and Kim Mader of Ridgway, a stepson, Wayne Steele of Ridgway. He is also survived by many nieces, nephews, and cousins.  At home he left behind his beloved dogs; Ariel and Percy.

He is preceded in death by his wife, Mary Mader, and parents.

Funeral Services for Robert L. Mader will be held privately by his family. Officiating will be Rev. Erik Hart, Pastor of the Bethlehem Lutheran Church.

Military honors will be accorded by the Ridgway/Johnsonburg Servicemens Detail.

Burial will be at Oakmont Cemetery.

In Lieu of flowers, memorial contributions may be made to the Ridgway Ambulance, Ridgway Fire Department, and Elk County Human Society.

Krise Funeral Home and Cremation Services, 130 Center Street, Ridgway, PA is entrusted with the arrangements, and online condolences may be offered to the family at www.krisefuneralhome

To order memorial trees or send flowers to the family in memory of Robert L. Mader, please visit our flower store.