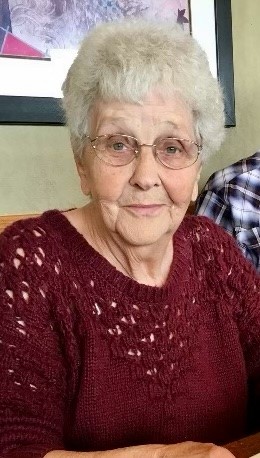 Rosalie Ann “Honey” Wonderly, 82, of Ridgway and formerly of Kersey, died on Saturday, April 10, 2021 at the home of her daughter in Williamsport following a lengthy illness.

She was born on May 6, 1938, in Elbon, a daughter of the late Samuel and Sara Lindenmuth Boroi.

Honey was Lutheran by faith and retired from Fairview Sintered Metals after many years of service.  She was a member of the Fox Township Firemen's Women’s Auxiliary and the Ridgway Legion.  Always a social butterfly, Honey will be remembered as a kind and generous lady who loved her family dearly.  She was very easy going and could often be found spending time with her grandchildren.  She also enjoyed watching tv shows, and you could be assured that you were always in her prayers.

She is survived by two daughters; Jean Harlan and her husband Mike of Ridgway, Bobbie Jo Kronenwetter and her husband Jamie of Williamsport, and by one son; Joseph Cavallett and his wife Martha of Kersey. She is also survived by four grandchildren; Jen, Missy, Kayla, and Kelsey, by five great-grandchildren; Madilyn, Masson, Olivia, Oliver, and Declan, by one sister; Shirley Fredrickson of Kersey and by a special friend; Kelly Williams; whom she mentored and loved like a daughter.

In addition to her parents and her husband, she was preceded in death by five brothers; Joseph, Bernard, Richard, Irvin, and Gerald Boroi, by three brothers in infancy, by a sister; Beatrice Boroi, and by her step-mother; Naomi Clark Boroi.

Burial will be in Parklawn Memorial Gardens.

Visitation will be at the Krise Funeral Home on Tuesday, April 13, 2021 from 2:00 PM until the time of the service.

Memorial Contributions may be made to the Lupus Foundation.

Krise Funeral Home and Cremation Services. 130 Center Street, Ridgway, PA 15853 is handling the arrangements and online condolences may be made to the family at www.krisefuneralhome.com

To order memorial trees or send flowers to the family in memory of Rosalie "Honey" Wonderly, please visit our flower store.