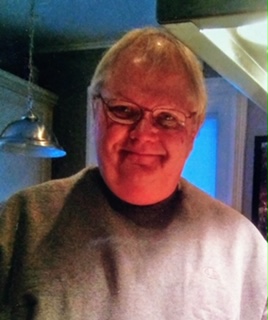 He was born on July 9, 1953 in Ridgway, a son of the late Leon W. Piurkoski, Sr. and Darlene Fischer Piurkoski.

On March 24, 1973 in St. Leo’s Church, he married Deborah Gray Piurkoski, who survives of Ridgway.

Craig was a graduate of Ridgway High School, class of 1972.  He was a member of St. Leo’s Church and a member of the Ridgway VFW and Legion.  Craig was an avid antiques collector who enjoyed buying and selling antiques.  In his free time, he enjoyed hunting, fishing, and cheering on the Raiders.  He could often be found watching a Nascar race or playing pool, and also enjoyed making beef jerky.  A loving husband, father, and grandfather, he loved nothing more than spending time with his grandkids.

In addition to his wife of more than 47 years, he is survived by a son; Steven Piurkoski and his wife Mary of Ridgway, a daughter; Dawn Smith and her husband Tim of Brockway, and by five grandchildren; Meeca, Navayda, Joben, Paul and Theresa.  He is also survived by a brother; Leon Piurkoski, Jr. and his wife Christine of Ridgway.

Funeral Services for Stanley “Craig” Piurkoski will be held on Friday, July 31, 2020 at 12:00 PM at the Krise Funeral Home with Rev. Ron Burkett officiating.

To order memorial trees or send flowers to the family in memory of Stanley "Craig" Piurkoski, please visit our flower store.