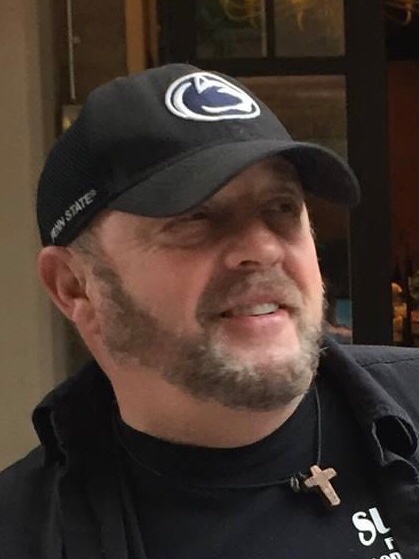 He was born on October 1, 1956, in Ridgway, a son of the late Lawrence B. and Anita V. (Sweeney) Fitch.  He was also preceded in death by the parents who raised him, Walter and Catherine (Piccirillo) Overturf.

T.O. was Catholic by faith and was a graduate of Ridgway High School.  The social clubs and community initiatives that he was involved in were too numerous to list, but the impact he has made will be felt for a long time.  He was a local business owner, most known for his role at the Summit Fireside Lodge Grill and F & A Contracting.  Although he gave himself the title of "toughest man in Elk County", all that knew him spoke of his heart full of charity, kind soul, and love of his hometown.

In addition to his parents and adoptive parents, he was preceded in death by a brother; Gary Fitch, and a sister; Marsha Shauf.

A live streaming of the Funeral Mass will be available on the Krise Funeral Home Facebook page on Saturday 11:00 am.  For safety purposes, we ask his many friends to participate this way. ( https://www.facebook.com/krisefuneralhome )

A Celebration of Life is being scheduled and will be announced at a later date.

In an effort to include the community that T.O. so dearly loved, we are inviting those that wish to honor him by joining the "T.O. Train" along Main Street at 12:00 Noon on Saturday, January 16, 2021 as we take T.O. to his place of rest.  Please take proper precautions for everyone's safety.

Since the community has been so gracious already, those wishing to honor T.O’s memory should find a friend or neighbor in need and help them, it’s what T.O would want.

Krise Funeral Home and Cremation Services, 130 Center Street, Ridgway, PA 15853 is handling the arrangements.  Please log on to www.krisefuneralhome.com to offer condolences, share a story, or light a virtual candle in memory of T.O.

To order memorial trees or send flowers to the family in memory of Thomas "T.O" Fitch, please visit our flower store.